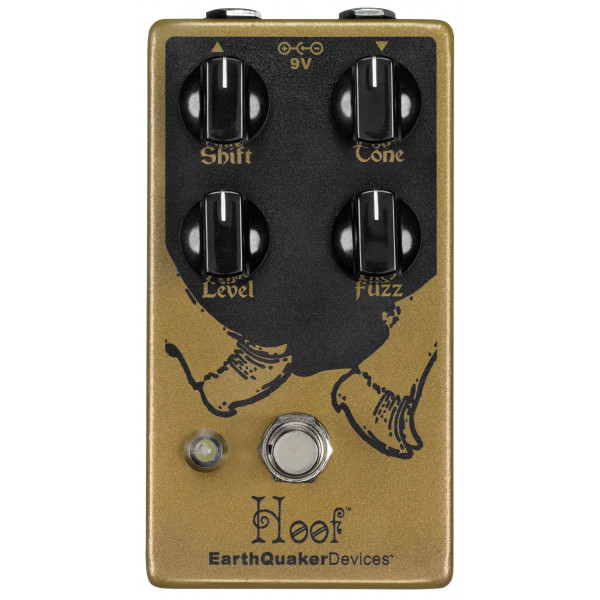 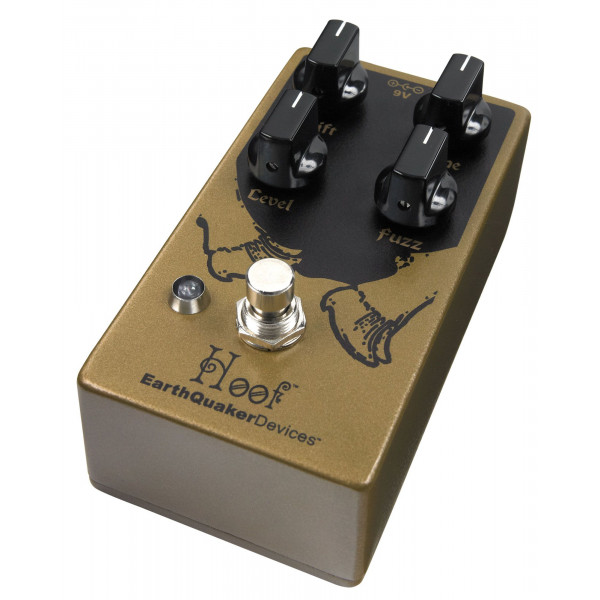 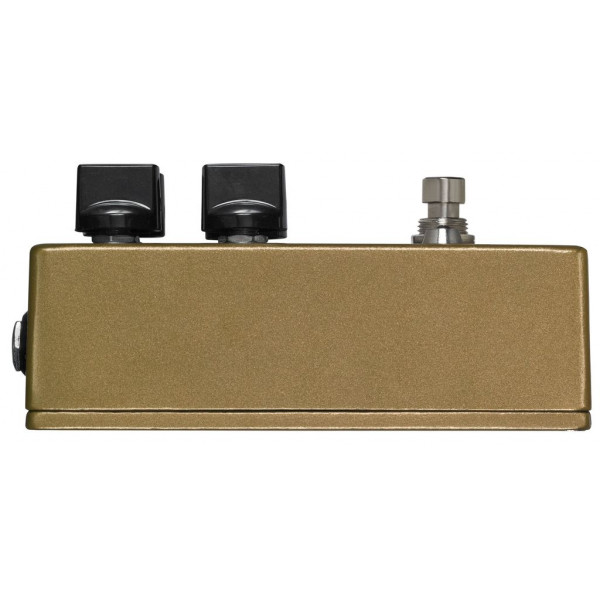 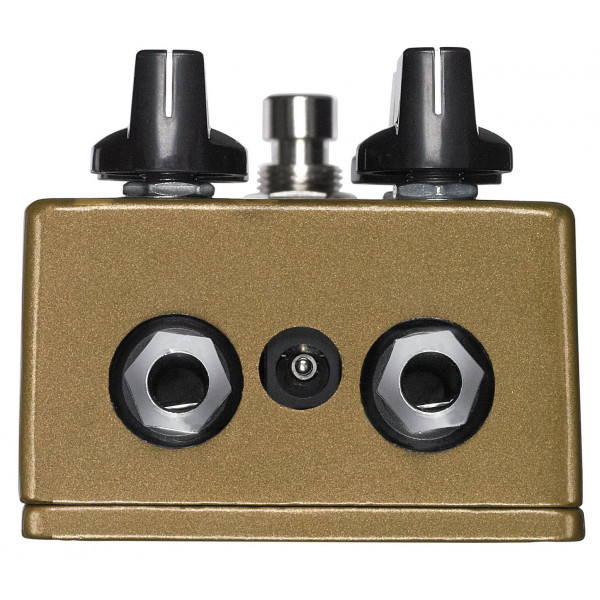 The Hoof V2 is Earthquaker Devices’ flagship fuzz, and when you hear it you’ll instantly know why. Loosely based on a classic green Russian muff-style circuit, and featuring a unique hybrid Germanium/Silicon design, the Hoff V2 is set to spit out rich, smooth fuzz tones full of natural harmonic overtones and enough sustain to make Santana stop in his tracks and take note.

The Hoof has a wide gain range, providing everything from dirty and organic amp-like overdrive, to monstrous fuzz madness. This, paired with the “Shift” control allows you total tonal access, as the “Shift” knob works with the “Tone” control to alter the overall frequency response of the Hoof.

Use the “Shift” to boost the highs for a glassy, cutting top-end; use it to cut out some low-mid mud; use it to add some thick stoner rock sludge; use it on bass; use it to combat the muff-style fuzz’s notorious “mid scoop;”. The Hoof’s distinctive, fuzzy character is tight and controlled without sacrificing any “guts,” so to speak, so even the gnarliest fuzz tones will sit well in the mix.

Every NOS Germanium transistor in the Hoof V2 is hand-matched to exacting specifications for pedal-to-pedal concistency, guaranteeing that every single Hoof V2 will rock equally hard!

The Hoof V2 has a fully analog signal path and new electronic relay based true-bypass switching. It is powered by a standard 9-volt DC power supply with a 2.1mm negative center barrel and has a current draw of 10ma. Each Hoof V2 is built one-at-a-time by real life human beans with four fingers and a thumb waiting in line for the horsey rides at the rustic frontierland amusement park of Akron, Ohio, USA.